SHOULD WE GO TO MARS?

SHOULD WE GO TO MARS? 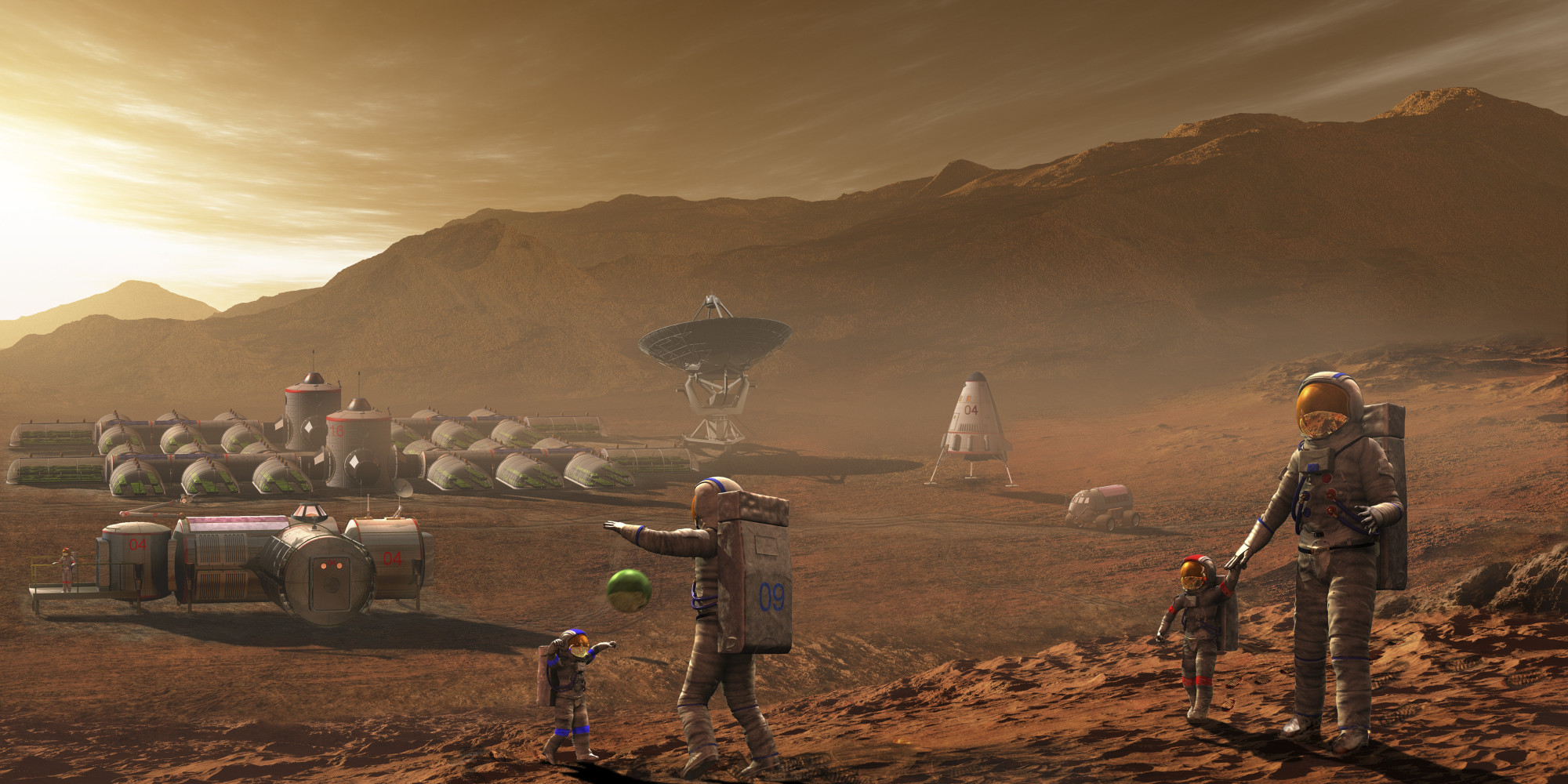 (P1) “Let’s not move to Mars,” writes Ed Regis in the New York Times. “First, there is the TEDIOUS business of getting there. Using current technology and CONVENTIONAL chemical rockets, a trip to Mars would be a GRUELING, eight- to nine-month-long NIGHTMARE for the crew. Nine months is a long time for any group of people to be traveling in a small, closed, packed spacecraft. … In addition, there will be persistent mechanical noise and vibration, sleep disturbances, UNBEARABLE TEDIUM, TRANCE STATES, depression, MONOTONOUS repetition of meals, clothing, routines, conversations, and so on.”

(P2) That’s true, of course. It’s also true, as Regis notes, that Mars itself is INHOSPITABLE: Cold and dry. In recent years we’ve discovered that Mars has more water than we once thought, but it is still not much water. There’s oxygen, too, but it’s not freely available in the atmosphere; you have to EXTRACT it.

(P3) Regis writes in response to a number of recent PROPOSALS — most notably from tech-adventurer Elon Musk — to colonize Mars anyway. Musk isn’t the first to make such plans. But he has unique CREDENTIALS: He’s a very smart guy, he’s a very rich guy, and he’s already building working spaceships.

(P5) The answer to question one is “yes.” We can send people to Mars. We already send robots to Mars, and have done this so often that it’s barely even NEWSWORTHY.

(P6) The answer to question two depends, to some degree, on what “too hard” means. Regis talks a lot about the personal DISCOMFORTS involved in a Mars trip, but exploration is always difficult and uncomfortable. People who like ease and comfort should stay home.

(P7) As for question three, well, that’s the easiest. Yes, it’s worth it. If human beings become a multi-planetary species, we become harder to wipe out. If Musk’s ultimate goal of a million colonists living on Mars in a SELF-SUSTAINING way BEARS FRUIT, then even CALAMITIES that would WIPE OUT life or civilization on Earth, like a major nuclear war or ASTEROID impact, will no longer be EXTINCTION-level events. That’s a pretty big deal.

(P8) But I think there’s an even bigger reason to settle Mars: Earth civilization has become boring and INBRED. Back in the 1960s, people talked about the development of a “GLOBAL VILLAGE,” but village life can get AWFULLY STAGNANT, especially when there is nowhere else to go. A Mars society, developing at a distance from Earth and in a different environment, would bring useful diversity to human culture.

(P9) So, CONTRARY to Regis, I think a Mars colony would be a great idea.

Weekly_ArticleSeptember 27, 2015
[SPORTS ★★] GOODBYE, YOGI BERRA (P1) Yogi Berra, one of the great CATCHERS in the history of baseball, died Tuesday at 90. (P2) Berra is known for his UNMATCHED 10 World Series championships with the New York Yankees. But more people …
END_OF_DOCUMENT_TOKEN_TO_BE_REPLACED

★★★★, Weekly_ArticleNovember 16, 2016
[Environment ★★★★] (P1) German engineers are storing water for hydroelectricity inside wind turbines allowing the towers to act like massive batteries once the wind stops blowing. This is being reported as the first major example of the two technologies being …
END_OF_DOCUMENT_TOKEN_TO_BE_REPLACED

As You Pick a Netflix Flick, Netflix Watches You

Entertainment, Weekly_ArticleMay 13, 2016
[Entertainment ★★★] (P1) Netflix wants you to watch more Netflix. To that end, the company has been testing how the cover art that accompanies a movie or TV show influences a viewer’s decision to ultimately watch it, the Daily Dot reports. …
END_OF_DOCUMENT_TOKEN_TO_BE_REPLACED 1

Weekly_ArticleJanuary 3, 2016
Chapter 2-2: The Party Aim: In this 30-minute lesson, you will go over the part 2-2 of the book. Go over comprehension questions after each paragraph, and practice using new expressions. After saying hello, read the following part of the …
END_OF_DOCUMENT_TOKEN_TO_BE_REPLACED