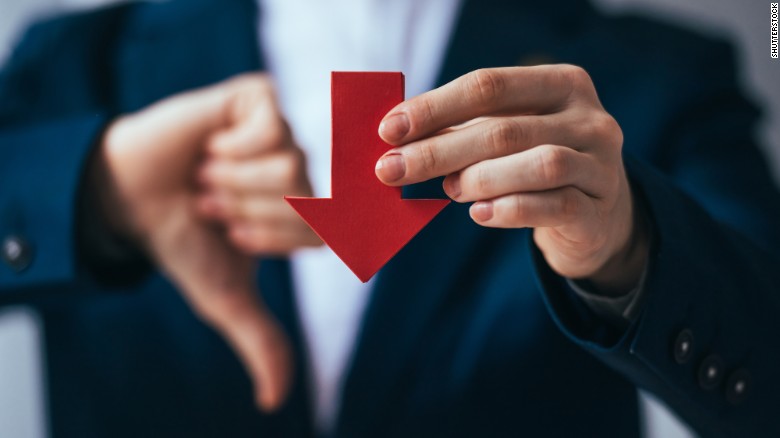 (P1) What if your value to the world could be SUMMARIZED in a single rating of one to five stars, GENERATED by the opinions of the people around you — a simple score that reflects your reputation, GOODWILL, and general likeability?

(P2) It’s a COMPELLING idea — and a terrible one. While there’s certainly an UPSIDE to being able to know immediately whether someone is CREEPY or TRUSTWORTHY with the click of a button, the dangers of such JUDGMENTS should be obvious.

(P3) And yet, according to the Washington Post, entrepreneurs Nicole McCullogh and Julia Cordray are ready to release an app called Peeple that gives anyone the ability to REVIEW anyone else, without their VOLUNTARY participation or even their knowledge.

(P4) It’s “YELP, but for humans,” as Post columnist Caitlin Dewey APTLY puts it — a tool that promises to bring the same KNEE-JERK assessments, SLANTED CRITIQUES, SHADY VENDETTAS, and CORROSIVE RANTING that Yelp and other crowdsourced review platforms bring to small business, products, travel, literature, film, and television, and basically everything else in our lives.

(P5) Yelping humans would seem to be the last FRONTIER in the digital economy’s quest to invade, DISRUPT, and REDUCTIVELY simplify the relationships that make up what used to be referred to as “civilization.”

(P6) Older folk may recall that back in the days before the Internet, we often decided who we wanted to interact with based on personal recommendations and MUTUAL friendships. But the TEMPTATION to find faster and more STANDARDIZED ways of judging people has always been there.

(P7) Those temptations frequently turned into reality. The MIDDLE AGES had HERALDRY, the CRESTS and symbols worn on SHIELDS and BANNERS to PROCLAIM one’s ANCESTRAL background and individual worth. The Victorian Era had its SOCIAL REGISTER, in which all the families and persons of PROMINENCE and good character were documented. Postwar America saw the rise of “WHO’S WHO” lists. The 1970-80s gave birth to our still-FEVERISH obsession with lists, records, and statistics. And of course, our academic, professional and business worlds have always featured grades, test results, ranks, and AUDITS of our knowledge, skills, and experience.

(P8) So Peeple isn’t exactly a new idea — not even in the digital space. Back in 2008, Joe Fernandez and Binh Tran founded Klout, a service that assesses your “social influence” on a scale of 1 to 100 (with 100 being RESERVED for LUMINARIES like Lady Gaga and Barack Obama).

(P9) “This kind of thing has been tried many times before,” says James Hong, founder of the early ranking website Hot or Not, which allowed people to anonymously rate self-portraits uploaded by its members, who could then see how attractive they were to total strangers. “Try searching for Unvarnished” — a service that encouraged people to provide anonymous ratings and reviews of bosses, co-workers and business relationships — “or Lulu, an app that’s been doing this with scale for a while on the dating market,” by providing women with a way of sharing reviews and ratings of guys with whom they’ve had romantic relationships.

(P10) All of these sites have run into similar problems.

(P11) There’s the VAST potential for abuse, either through CONCERTED efforts at bullying or through the kind of LOGROLLING and EXCESSIVE praise that makes even positive online evaluations SUSPECT. And there’s the feeling of DEHUMANIZATION that comes with the DISTILLATION of our identity into a single number.

(P12) For all of the minor potential benefits that might come from advance scouting of prospective acquaintances, there’s something ICKY in general about services that turn the world into even more of a POPULARITY CONTEST than it already is. Imagine being subjected to the WHIMS of that weird ex-boyfriend you broke up with, that former colleague with anger issues, or that high school classmate who hasn’t seen you since high school.

Business, Weekly_ArticleOctober 4, 2015
[BUSINESS ★] HACKERS STEAL T-MOBILE DATA ON 15 MILLION U.S. CUSTOMERS (P1) Hackers have stolen personal information on about 15 million T-Mobile US customers and applicants. (P2) The BREACH was at a unit of the CREDIT AGENCY Experian, which T-Mobile uses …
END_OF_DOCUMENT_TOKEN_TO_BE_REPLACED 1

Weekly_ArticleJanuary 18, 2016
Chapter 5-2: Gatsby Meets Daisy Aim: In this 30-minute lesson, you will go over the part 5-2 of the book. Go over comprehension questions after each paragraph, and practice using new expressions. After saying hello, read the following part of …
END_OF_DOCUMENT_TOKEN_TO_BE_REPLACED