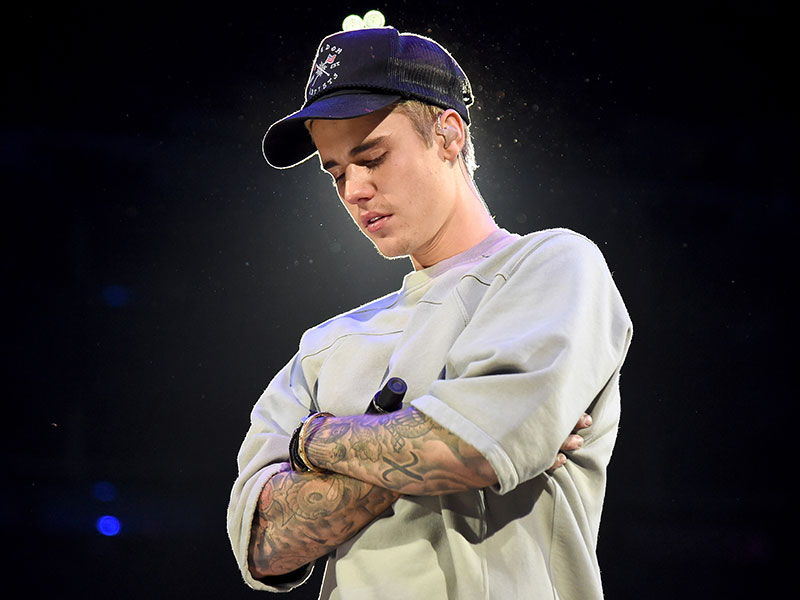 (P1) What’s going on with Justin Bieber? As People reports, he’s been acting very oddly while in Massachusetts for a concert this week. On Tuesday, he was seen walking barefoot in Boston Public Garden, feeding squirrels, lying in the grass, and taking selfies. That night at his show, “He was in a glass box onstage. He was literally in a glass case of emotion,” one concertgoer says. “He didn’t even try. At one point he just stopped singing altogether.” The following day, he was seen in the Boston Public Garden again; this time, he climbed a large tree and sat in it “listening to headphones … with his arms up in the air, “People says.

(P2) “That’s the real Justin,” a source assures TMZ, noting that all this behavior should not actually be considered strange because Bieber just loves the outdoors. But consider that Bieber also told fans this week he would no longer take pictures with them … and he got a face tattoo.

Business, Weekly_ArticleMay 19, 2016
[Business ★★] (P1) One of the word’s most famous beer companies is changing the name of its best-selling beer. The company is Anheuser-Busch (AB), which is the USA’s largest maker of beer. It is going to change the name of …
END_OF_DOCUMENT_TOKEN_TO_BE_REPLACED

Business, Weekly_ArticleOctober 4, 2015
[BUSINESS ★] HACKERS STEAL T-MOBILE DATA ON 15 MILLION U.S. CUSTOMERS (P1) Hackers have stolen personal information on about 15 million T-Mobile US customers and applicants. (P2) The BREACH was at a unit of the CREDIT AGENCY Experian, which T-Mobile uses …
END_OF_DOCUMENT_TOKEN_TO_BE_REPLACED 1

People, Weekly_ArticleMay 7, 2016
[People ★★] (P1) Lady Gaga dominates the social media world. The queen of pop has more followers on Facebook, Twitter, and YouTube than any other person in the world. (P2) Even though she lost her number one spot on Facebook to Rihanna she is still the overall social media star. Lady Gaga …
END_OF_DOCUMENT_TOKEN_TO_BE_REPLACED

THE WORLD’S MOST EXPENSIVE BEEF

Business, Weekly_ArticleOctober 25, 2015
[BUSINESS ★★★] THE WORLD’S MOST EXPENSIVE BEEF (P1) It’s the world’s most expensive beef, but Australia’s business competition WATCHDOG is currently investigating meat products that are labelled Wagyu. (P2) There’s been an OUTCRY, from consumers and producers alike, who are worried …
END_OF_DOCUMENT_TOKEN_TO_BE_REPLACED 1