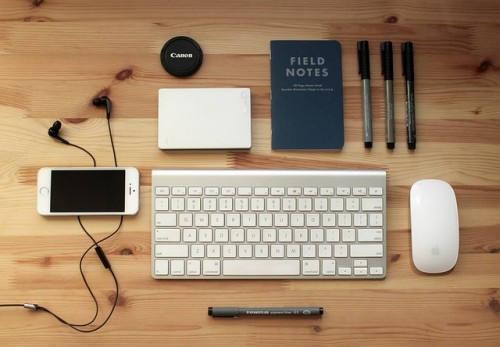 (P1) A gadget is a small piece of electronic equipment that does a particular job. Examples of gadgets could be cameras, watches, cell phones or computers. According to the BBC News, British people throw away 17.5 million gadgets each year. Old gadgets like cell phones, computers, and cameras are being thrown in the bin and end up being buried in the ground. This is causing problems for the environment.

(P2) Environmental groups that want to help save the planet are worried that people are not recycling enough. An environmental group called Waste Watch is encouraging people to use recycling services at phone shops and supermarkets instead of throwing gadgets in the bin. Brad Smith, who works at Waste Watch said, “Too many people throw their old electronic equipment in the trash. They don’t know that these gadgets can be recycled and reused by other people.” There are over 10, 000 places to recycle gadgets in Britain. If more people start to use them it can make a big difference to the environment.

Business, Weekly_ArticleOctober 5, 2016
[Business ★] (P1) Elon Musk is the boss of SpaceX. SpaceX makes rockets. It wants to go to Mars. It wants to colonize Mars. It is working on a new rocket. (P2) Musk talks about the plan. SpaceX must make the …
END_OF_DOCUMENT_TOKEN_TO_BE_REPLACED 1

PromptsFebruary 15, 2016
In today’s lesson, you will go over these questions. Use them as a guideline to your conversation, but you’re welcome to deviate if any other interesting topics come up.  What are you planning to do tomorrow? What about next week? …
END_OF_DOCUMENT_TOKEN_TO_BE_REPLACED

Airfare Will Get Even Cheaper In September, Experts Say

★★★★, Weekly_ArticleAugust 23, 2016
[Travel ★★★★] (P1) Don’t purchase those plane tickets just yet. (P2) Prices may look cheap now, but airfare is going to get even cheaper in the coming months, according to travel analysts at Hopper. By October, flight prices will have dropped 8.2 percent from …
END_OF_DOCUMENT_TOKEN_TO_BE_REPLACED 1

★★★★, Culture, Weekly_ArticleJuly 14, 2016
[Culture ★★★★] (P1) JEDDAH: The National Society for Human Rights (NSHR) has announced that anyone who harms others through the social media could be punished with imprisonment for a maximum of one year, and will be ordered to pay a fine …
END_OF_DOCUMENT_TOKEN_TO_BE_REPLACED 1