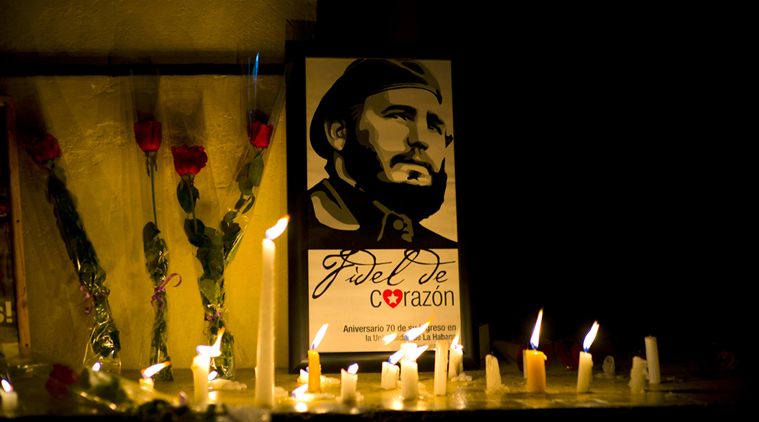 (P1) The leader of the Cuban revolution and former President, Fidel Castro, who died on Friday night at the age of 90, left a strong mark on contemporary political literature, the media reported on Sunday.

(P2) A voracious reader, Castro was a close friend of Colombian writer, Gabriel Garcia Marquez, who affirmed that “an intellectual friendship” united them and they often discussed literature together, Xinhua news agency reported.

(P3) Castro once described himself as a “frustrated journalist” and, since leaving power in 2008, has often written opinion pieces for the state media.

(P4) The former President has remained politically active, beginning his column, “Reflections of comrade Fidel”, in March 2007, which eventually grew to over 400 articles on international and historical matters.

(P5) On various occasions, Castro referred to himself as “a soldier of ideas”. In 2011, Fidel Castro passed on the mantle of First Secretary of the Central Committee of the Communist Party of Cuba (PCC) to his brother Raul Castro. At that time, Raul said: “Fidel is Fidel and does not need any rank to always occupy a leading place in the history, in the present, and the future of the Cuban nation.”

(P6) “While he has the strength to do so, and as he is luckily at the height of his political thought, from his modest condition of party militant and soldier of ideas, he will continue to contribute to the revolutionary struggle and to humanity’s most noble proposals,” Raul had said.

(P7) Since then, Castro was rarely seen or heard in public, a fact many saw as him not wanting to interfere in the updating of the island’s economic model, led by Raul. However, Castro published a number of books, including “One Hundred Hours with Fidel”, a lengthy autobiographical interview with the French-Spanish journalist, Ignacio Ramonet, in 2006.

(P8) In November 2008, “Peace in Colombia” was published, a text in which Castro revealed the inner workings of negotiations between different Colombian governments and Cuba and Havana’s participation in the Colombian peace process.

(P9) In 2010, the Cuban leader published “The Strategic Victory”, chronicling his early setback in the Sierra Maestra in the summer of 1958 and his constant days of struggle against the dictatorship of Fulgencio Batista.

(P10) That same year, “The Strategic Counteroffensive” was published, which was a continuation of the previous volume, containing war stories, military orders, letters, photos, and maps of the push onto Havana and victory.

(P13) In 2012, came out “Guerrilla of Time”, another long autobiographical interview, spanning over 1,000 pages in two volumes, this time with Cuban journalist Katiushka Blanco.

(P14) Son of a Spanish immigrant and a Cuban farmer, Castro was born in Biran, a village in Holguin province, and went on to become one of the most prominent figures of the 20th century.

WHY ARE NORTH KOREAN “GHOST BOATS” WASHING UP IN JAPAN?

Weekly_ArticleDecember 13, 2015
[WORLD NEWS ★★] WHY ARE NORTH KOREAN “GHOST BOATS” WASHING UP IN JAPAN? (P1) Mysterious “ghost ships” without any live CREW have been WASHING UP on the western shores of Japan. (P2) Over the past two months at least 13 wooden boats …
END_OF_DOCUMENT_TOKEN_TO_BE_REPLACED 1

How do I quickly and efficiently learn a new language? How do I start speaking it?

Language, Q&ANovember 19, 2019
Here’s a few tips to help you get comfortable speaking whichever foreign language you’re learning: Nail down the pronunciation and grammar. After all, they form the basis of language learning. Next, learn from the real world: Download 20 minutes of …
END_OF_DOCUMENT_TOKEN_TO_BE_REPLACED

From India to Britain on Solar Power