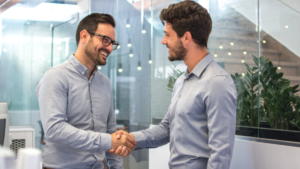 Unlike other anthropologists of the time, American anthropologist Edward T. Hall who was born in 1914, did not regard culture as a single and separate way of life but believed that the perspectives of individuals also affected interaction. This perspective of Hall breathed new life into the approach to culture. According to him, it was not only the culture to which we belonged that we had to consider but also the other cultures with which we interacted. Although Hall’s work was much more complex, this is how the concept of “intercultural communication” was born.

Since the years when Hall penned his ideas, intercultural communication has moved out of his framework of academic studies and become a phenomenon that affects all our lives. One of the areas where this phenomenon has been most influential is the business world. In his book titled “Doing Business Internationally: The Guide to Cross-cultural Success”, Terence Brake wrote, “In an era where business life is globalized, we live in a world where there is a common market. The traditional view of doing business only within national borders is losing its effectiveness all over the world.” Hence, international interactions make encounters with different cultures inevitable. Brake and other authors argue that this global revolution is very effective not only for large corporations but also for small and medium-sized businesses. Whatever the size of your company, you need to pay attention to certain aspects of your intercultural interactions to survive in a global marketplace where national borders vanish.

Observe the Person in Front of You 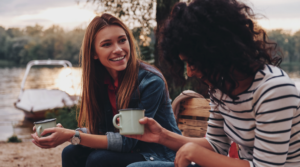 In their article “Communicating With Strangers: An Approach to Intercultural Communication”, William Gudykunst and Young Yun Kim state that processing the message we receive takes place in three steps. These steps can be summarized as follows:

Gudykunst and Kim point out that people who do not recognize or know about this process neglect the description step and jump directly to the interpretation or evaluation step when they encounter different behavioral patterns from different cultures.  This is a very common communication error, because many of us, especially when confronted with unfamiliar behavior, tend to interpret it as influenced by our own experiences, culture, and ethnic group. Thus, for healthy communication, it is crucial to observe the other person objectively and make unbiased judgments. Do not be hasty in drawing any conclusions, wait and observe – in short, pay attention to the existence of the “description” step.

According to research, human beings display more than 700,000 physical signs or indicators. Of these, 250,000 are facial expressions and more than 5,000 are gestures made with hands, and 73 to 93% of our interactions are all non-verbal. But physical signs or indicators have different meanings in every culture. For example, while in Western culture, nodding up and down is an expression of approval, the same gesture has the opposite meaning in Indian culture. Another example is “Physical Contact”: In Islamic culture, shaking a foreign woman’s hand is something to be avoided, whereas, in Western culture, this is considered quite normal. However, nonverbal communication does not always appear in the form of gestures and facial expressions: proxemics (communicating while respecting personal space) and clothing are also considered to be forms of nonverbal communication. In Saudi Arabia, the norm is to keep a close distance when speaking, whereas, in the US, people prefer to position themselves further apart. Or if we come to the subject of clothing, While Western businesspeople wear suits and ties to look professional, Saudi Arabian professionals attend the meetings in their traditional attire.

All these cultural differences in nonverbal communication can create some barriers to your interactions with strangers. Nonetheless, there are some things you can make sure to do to overcome these barriers: avoid stereotyping, do not personalize the other person’s physical signs or indicators, and ask for feedback to make sure you are not being disrespectful to him or her.

About intercultural sensitivity, James Kallman, the Jakarta CEO of international accounting firm Moores Rowland Indonesia says, “Of course, cultural sensitivity is important, but things are changing. It’s more important now than ever because the world is much more globalized,” says. The most effective step you can take for this is doing preliminary research before interacting with foreign business partners. However, this does not only mean researching the other party’s social culture. Because different industries in different countries have their norms. For example, the software industry in India mainly consists of very young people, so they tend to be very quick to make decisions. If you are conservative or act like a conservative businessperson, they may decide against working with you.

Remember: cultural awareness requires more than just knowing how to behave in meetings. Along with the traditions of the other culture, having information and knowing the political situation and the economy of that country will take you one step further professionally.

Linguists believe that thanks to technology and the media, English is the fastest-spreading language in history – in a more proper way of saying, it is the Lingua Franca (common language) for the 21st century. And those are not just native speakers of English who speak this language. In many companies around the world, employees from different cultures and communicating in different languages communicate in English – so much so that, according to a study focusing on “business English as Lingua Franca“, English is now seen as a neutral and equal alternative that does not belong to either side. Moreover, people are more willing to engage in cross-cultural communication when the other party speaks fluent English. It is, therefore, crucial that your employees are fluent in English to communicate effectively with your foreign business partners. In many companies around the world, employees from different cultures who are normally communicating in different languages can generally communicate by speaking English.

So much that, according to a study focusing on “business English as Lingua Franca“, English is now seen as a neutral and equal alternative that does not belong to either side. Furthermore, people are more willing to engage in intercultural communication if and when the other party speaks fluent English. Thus, your employees must be fluent in English to communicate effectively with your foreign business partners.

Cambly offers online training programs provided by native English speakers to help companies overcome the language barriers they face. By contacting the Cambly Corporate Team, you can browse and determine a program to satisfy your company’s needs and secure your place in the global business world.

Business, OrganizationsNovember 23, 2022
Remote working. Social distancing.  Zoom meetings. E-commerce. Online conferences. Digital processes. Many of us did not expect that we would encounter these concepts every day – not until March 2020. Since the COVID-19 pandemic, from our work environment to company …
END_OF_DOCUMENT_TOKEN_TO_BE_REPLACED

Weekly_ArticleSeptember 27, 2016
[World News ★] (P1) Red phone boxes are typical in Britain. They are a big tourist attraction. However, people do not use them anymore. They have mobile phones. There are fewer and fewer phone boxes. (P2) One company wants to change this. The company …
END_OF_DOCUMENT_TOKEN_TO_BE_REPLACED 1

Weekly_ArticleJune 22, 2016
[Animals ★] (P1) This news is from the Elephant Nature Park. It is in Thailand. It is home to 70 elephants. People take care of these elephants. (P2) There is a difficult baby elephant. A person sings to it. The singing helps the elephant. It …
END_OF_DOCUMENT_TOKEN_TO_BE_REPLACED 1

10 Best TV Shows of All Time

Entertainment, Weekly_ArticleOctober 5, 2016
[Entertainment ★★★] (P1) Getting people to agree on the greatest TV show of all time is about as futile as trying to sway people to your side in a political argument on Facebook. Undaunted, Rolling Stone adds its thoughts to the mix …
END_OF_DOCUMENT_TOKEN_TO_BE_REPLACED 1